You are here: Home / Mediterranean / Terrorist threats in Tunisia persist due to security situation in Libya 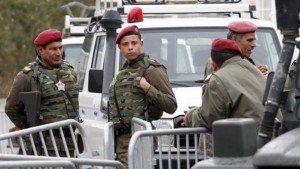 Terrorist threats in Tunisia persist due to the security situation in Libya, Defence Minister Farhat Horchani said on Monday, like reported by tap.info.tn .

In his address to the Committee on Security and Defence at the House of People’s Representatives, Horchani pointed out that the military institution is aware of the seriousness of the situation in Libya inspite of the ongoing negotiations between the Libyan protagonists. He assured, in this regard, that the Tunisian Army is ready for all scenarios.

As regards the situation in Tunisia, Farhat Horchani spoke of a significant improvement compared with previous years. An improvement that he explaines by the importance of the preventive operations to counter organised crime, terrorism, smuggling and arms trafficking.

According to the minister, “efforts exerted by the military in the mountainous and border areas have spared the country many disasters.”

Horchani also mentioned the joint action by the military and security institutions and the importance of co-ordination between the two departments’ leaders in both the capital and interior regions.

As for the protection of borders with Libya, the defence minister announced that works of setting up an electronic security system at the level of the Ras Jedir and Dhehiba crossing points will start shortly.