The terrorist threat is “more worrying” at the level of the Sahel-Saharan strip which requires the continuation of dialogue and cooperation between Algeria and France, said Monday, in Paris, the Speaker of the Council of the nation Abdelkader Bensalah 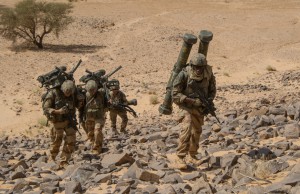 “It is obvious that the terrorist threat is even more worrying at the level of the Sahel-Saharan strip, the main focus of our discussion today,” he said, underlining that the situation has worsened by “the proliferation of organized crime in all its forms, as well as subversive actions of transnational terrorist organizations aimed at destabilizing this region, North Africa and the western basin of the Mediterranean.”

For the speaker of the Council of the Nation, terrorism is “one of the greatest threats” to peace and security in “our region and all the world,” adding that this phenomenon “strikes without distinction our immediate environment, in the Sahel, West Africa and also Europe.”

“We still have in memory the images of barbaric acts which plunged France into mourning, criminal and despicable acts that my country strongly condemned while affirming its solidarity with the friendly French people.”

In the face of these threats, he called on the two parliamentary institutions to “encourage” the two countries’ governments “ to continue their dialogue and cooperation on shared objectives as part of the United Nations’ strategy” of fight against terrorism.