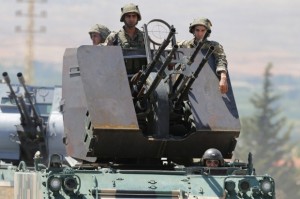 Two Lebanese soldiers were killed Monday in an attack on a military checkpoint in northern Lebanon, according to local media.

Gunmen attacked the checkpoint in Bekaa Sefrin region after army forces detained a militant in a security swoop in northern Lebanon, the media said.

There was no claim of responsibility for the attack and the Lebanese army has yet to comment.

Last month, the Lebanese army said it had arrested a senior Daesh commander along with 10 other militants in northeastern Lebanon.