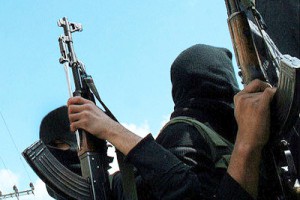 President Mohammad AShraf Ghani has warned that the terrorist groups have exceeded insurgency activities bثyond the borders of Afghanistan and threatens China, Russia and other regional countries.

Speaking during the BRICS summit in Ufa city of Russia, President Ghani said war and violence in Afghanistan also threatens system of governance and security of the region.

He also briefed the summit participants regarding the formation of groups such as the Islamic State of Iraq and Syria (ISIS), their financial sponsorship, recruitment and expansion of their activities.

President Ghani insisted on regional cooperation in a bid to eliminate threats posed by the terror groups in the region.

He also added that the regional countries should concentrate on development projects in a bid to improve the security situation.

In parts of his speech, President Ghani also assured that “Afghanistan is a center for regional cooperation, not a
battlefield of competitions.”

BRICS is comprised of Brazil, Russia, India, China and South Africa who have recently emerged as new economic power and have an effective influence over regional and global affairs by forming 34 percent of the global population and attains 30 percent of global GDP.