You are here: Home / Mediterranean / Terrorism risk in Morocco is lower than in Algeria and France: report 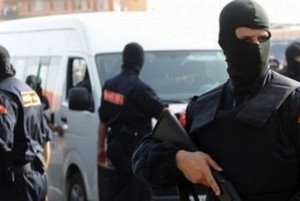 The United Kingdom’s largest insurance broker and provider of risk management services Aon has ranked Morocco among countries where the risk of terrorism is “low”.

On Thursday, Aon published its latest index of political violence and terrorism risks by country through an interactive map.

The report revealed that Morocco’s overall score has been lowered from medium to low in 2015, and ranked the kingdom among other countries with low terrorism risk, along with Spain, Germany, Poland, Italy, and Canada.

The report noted that the perils of terrorism and unrest remain the same. “There has not been a terrorist attack in the country since 2011.”

It went on to add that although the Moroccan government has announced the arrest of more than a hundred suspected jihadists since 2013, “this is more an indication of state vigilance than an indication of increased threat.”

Morocco’s neighboring country Algeria, on the other hand, did not record any overall score and ranked among countries with “high political and terrorism risks.”

“There is a high risk of civil unrest and terrorism in the northeast and southern provinces of the country,” the report said about Algeria.

“AQIM (Al Qaeda in the Islamic Maghreb) affiliates remain active along the eastern border. The emergence of an IS (Islamic State) group in Kabylie in 2014 compounds the threat of terrorism,” the report added.

Surprisingly, Morocco is safer than France in terms of terrorism risks, as France’s risk level has been increased from low to medium in 2015.

The report said this is primarily the result of the increased threat of terrorism in the country.

As for the political violence risk in Morocco, Aon noted that Morocco’s King Mohamed VI “continues to enjoy political legitimacy and a strong public mandate to rule mitigating the risk of coup or insurrection.”