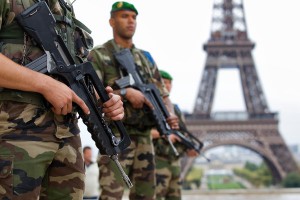 In a speech in Parliament, Valls said the proposed intelligence bill would allow intelligence services to use special surveillance powers without going through an independent panel, as is currently required. He stressed that such powers would only be used “in case of major crisis affecting the citizens’ security,” the Associated Press (AP) reported.

The move comes as French lawmakers are debating the bill that would legalize heavier surveillance of terror suspects.

The bill had been in a draft stage since July, but the government accelerated its passage after the January attack on Charlie Hebdo magazine’s office in Paris. Valls told the Parliament that French intelligence had determined that seven jihadists from the country, who were either citizens or residents, died in suicide attacks in Syria and Iraq, and six of those were new converts to Islam. “This is a global threat that we must face,” he reportedly said.

Jean-Jacques Urvoas, a socialist lawmaker who drafted the bill, said France is the only country in the West that lacks a law defining a framework for intelligence gathering, forcing agencies to work in legal “grey zones,” according to Radio France Internationale (RFI). The draft bill reportedly enjoys the support of both major parties in France.

However, the bill has been strongly condemned by rights groups, the Paris Bar Association and a magistrates’ union. On Monday, a group of 10 organizations slammed the new law in a statement, saying the government was “legalizing highly intrusive surveillance methods” without any assurance of “individual freedom and privacy protection,” the AP reported.

Jérémie Zimmermann from the civil liberties group La Quadrature du Net, told RFI that the new law would, in fact, enshrine practices which were already in use, making them legal and acceptable. “Today, the secret services are working illegally. Is the only solution to legalize what they are doing? Of course not. What they are doing should be forbidden. There is a need for a law, but there is also a need to ban practices that are by essence incompatible with democracy, such as the mass surveillance that is to be imposed by this law.”

The proposed law would allow the use of technology to capture and analyze metadata sent over all telecommunications networks, which the government reportedly claims it can analyze for specific behavioral patterns displayed by terrorists. However, the data collected would reportedly be anonymous, and authorities would require authorization from the independent panel before they can perform deeper surveillance to determine the identity of users.

It would also allow surveillance agents to install cameras and keyloggers in suspects’ homes in order to track their every action and keystroke.

The proposed law would also force internet service providers to set up metadata monitoring systems. This has prompted a group of web providers to threaten to relocate outside of France. “The draft bill destroys freedoms, but it is also anti-economic and essentially inefficient for the objective it sets out,” the group of Internet firms said in a column published last week, according to Reuters.

Valls denied allegations that the bill would open the door to widespread mass surveillance similar to that conducted by the U.S. National Security Agency, claiming that the data gathering would be stringently restricted by law and monitored by the panel. “It has nothing to do with the practices revealed by Edward Snowden,” he reportedly said.