You are here: Home / Europe / #terrorism Fight against terrorism: an European Defence Union could do the job 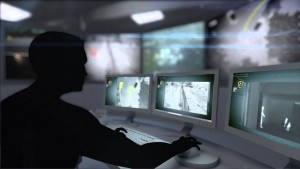 The European Parliament today voted on a resolution on the mutual defence clause, stipulated by the Article 42 (7) of the EU Treaty, invoked by France, after the terrorist attacks in Paris on the 13th of November 2015.

The Treaty of Lisbon strengthens the solidarity between EU countries in dealing with external threats by introducing a mutual defence clause (Article 42(7) of the Treaty on European Union). This clause provides that if an EU country is the victim of armed aggression on its territory, the other EU countries have an obligation to aid and assist it by all the means in their power, in accordance with Article 51 of the United Nations Charter.

The ALDE Group leader, Guy Verhofstadt, said the lack of guidelines on how Member States should respond in such case, is unacceptable: “When France invoked, for the first time, the mutual defence clause, everyone was taken by surprise, because we have no guidelines or practical arrangements to ensure a proper response to such request. This is unacceptable!”

He added: “Last year, our political Group proposed the establishment of a European Defence Union with a roadmap towards Integrated Military Forces – a European Army – by 2025. Essentially, this European Defence Union should become an integrated European pillar of NATO to strengthen defence of the EU territory in complementarity to NATO and to enable the EU to act autonomously in operations abroad, in particular when it comes to stabilisation of our neighbourhood.”

ALDE MEP, Urmas Paet (Estonian Reform Party) added: “The activation of the mutual defence clause by France has given us an opportunity but also an obligation to define its purpose and benefits. We must make sure that a correct action plan is put in place so that everybody understands their obligations when a state decides to invoke this article. A state in need must be able to get comprehensive help very fast from all the Member States. Time is of essence in these cases. The mutual assistance clause gives us a singular opportunity to establish the grounds for a strong and sustainable European Defence Union to be ready to face the security threats and challenges. Bearing in mind that the free movement principle within the EU is under serious threat, we must help states burdened by the intensive migration flows on their borders to make sure that EU external border is firm, but Schengen system remains intact. For the intelligence network to be fully functioning and operative we should consider creating an European Intelligence Agency.”