You are here: Home / Senza categoria / Terrorism: dismantling the myth 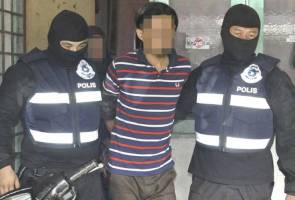 The emergence of Daesh, their terror activities and growing recruitment to their cause has intensified public debate further on terrorism, the nature of extremism and the mechanisms behind radicalisation.

There is a body of literature, even a specialised field, devoted to studying and understanding terrorism. This is understandable, because security and the safety of our lives should be a concern for everyone.

Nevertheless, context and nuance can be lost when common tropes and myths about terrorism are perpetuated while arguing about civil liberties.

This can be dangerous because myths and tropes, in turn, reinforce stereotypes and racial/religious profiling.

As an outcome, vulnerable groups such as minorities, asylum seekers and undocumented immigrants will often find themselves discriminated, victimised and perceived as potential terror suspects.

Yet, previous studies have shown that domestic nationals have consistently committed most crimes or acts of terror. Think of Tim McVeigh, KKK, the neo-Nazis, Dylan Roof or Anders Breivik as examples.

Equally, the Paris attacks were essentially domestic in nature, but divisive politics and persistent racism contributed to othering the perpetrators involved.

When entering any discussion on terrorism, it is important to discard any assumptions, and instead attempt to recognise that there is no agreed definition for terrorism.

As a phenomenon, terrorism is not unique.

Depending on the political and situational contexts, terrorism is simply too amorphous to define concretely.

This is the reason why it is difficult to construct effective counter terrorism legislations.

As a case in point in Malaysia, existing anti-terrorism laws have proven to be problematic. It is also necessary to distinguish the differences between terrorism and insurgency, largely because of the different rules of engagement involved.

Terrorism and insurgency are not synonymous – not all terrorist groups are insurgencies, but almost every insurgent group has employed terrorism. Examples of these can include groups such as the LTTE and FARC.

Not all terrorists use religion or God to champion their cause either. Terrorism has been utilised by various groups that range from the far right to the far left. They can be separatists or extremists.

There are various terrorist movements, which can be social-revolutionary, radical-religious and ethnonationalist. They all have different strategic and tactical goals. The Naxalites in India are a prime example of left-wing terrorism.

This is why we cannot assume a one-size-fits-all definition of terrorism that couches it entirely in terms of religious motivations.

In contrast to commonly perceived representations of Islamist terrorism, the IRA sought to reduce civilian casualties by calling ahead and warning the UK authorities of attacks against economic targets. This tactic would not fit the commonly perpetuated stereotypical terrorist mould seen in popular media.

Saying that terrorists lack intellectual, objective reasoning and morality is also presumptuous at best. Studies have shown that terrorists have been known to be rational actors, from their reasoning and justifications right down to their choice of target and tactics. They also believe that they have moral grounds that justify their actions.

The reality is, like crime, there is no concrete way of eradicating terrorism altogether.

Instead, as part of counter-terrorism measures, the most constructive thing we can do is to build policies that can mitigate and reduce the risks of terrorism while preserving the dignity of human rights.