You are here: Home / Senza categoria / Terror threats to the U.S. election 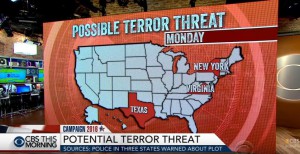 There are few actions that run more contrarily to the ideology of the so-called Islamic State and al-Qaeda than voting in a U.S. presidential election. As such, the November 8 U.S. elections represent a symbolic and practical target for terrorist groups and their sympathizers. While the ability of either the Islamic State or al-Qaeda to launch a directed attack in the U.S. during the election is doubtful, the intention is clear; the outsized consequences of any attack—successful or attempted—has raised the already heightened terror threat level in the U.S. even higher.

The non-specific nature of an ‘election threat’, combined with the significance of such a high profile event, results in alarmist headlines of pending attacks as well as intentional instigations. Despite the public attention media reports surrounding the recent threats has received, law enforcement and intelligence agencies are nearly always faced with a spike in credible threats during periods such as an election—particularly such a divisive election. These threats are investigated thoroughly to discern bluster from menace. While the media has an obligation to inform the public of credible threats, reports citing sources regarding amorphous threats tend to do more harm than good, and generally play into the propaganda of terrorist groups.

Thus, recent press reports noting a potential pre-election plot by Afghan-based al Queda affiliates have generated public buzz, despite the lack of specificity or determination of credibility. Reports have also indicated that the threat has resulted in cities such as New York and Washington, D.C. to be on higher alert. Such reports, however, often fail to take into account that major U.S. cities are always on higher alert as high-profile events such as elections approach. The ability of al-Qaeda leaders in Afghanistan too coordinate an attack in the U.S. prior to election day is unclear, but doubtful. While the threat has apparently merited a response from authorities inside the U.S., law enforcement and intelligence agencies are likely far more concerned about homegrown, inspired attacks than attacks directed from abroad.

Both al-Qaeda and the Islamic State reject the quadrennial U.S. presidential elections. For both, the open democracy represented by U.S. elections represents a direct repudiation to their cause. On November 5, the Islamic State released a seven-page manifesto railing against Muslim-Americans from voting in the election, and also included a vague threat towards the elections. The language used is striking, equating voting with apostasy. While the group fears its inevitable military defeats, there is no greater rejection of the pillars of the Islamic State than Muslims willingly participating in democratic elections.

Both the Islamic State and al-Qaeda view democratic elections as illegitimate, and therefore seek to minimize and reject the election results. Though the capability of Islamic State or al-Qaeda to direct attacks related to the election is likely limited, the intention on the part of both groups is clear. This intention is not lost on any  the groups’ supporters inside the United States. As such, U.S. law enforcement agencies will be on high alert for potential inspired attacks, which are far more difficult to guard against than foreign-directed attacks, and add to the list of concerns stemming from domestic extremist groups as the tumultuous 2016 election season draws to a close.