You are here: Home / Senza categoria / Telegram blocks around 2,000 ISIS-related channels per month

The messenger service, Telegram, has had a rough few years as it has been on the receiving end of negative press coverage, principally that it’s the go-to platform for lunatic ISIS members, like reported by neowin.net 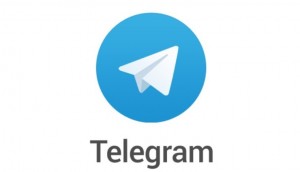 Earlier today it took to Twitter to explain that over 60 ISIS-related channels are blocked each day and that you can keep up to date with how much is blocked via the ISIS Watch channel.

The channel was created on Boxing Day and has already amassed a following of over 2,500 people. In its inaugural message, ISIS Watch wrote:

“Our abuse team actively bans ISIS content on Telegram. Following your reports, an average of 70 ISIS channels are terminated each day before they reach any traction.”

In the past few months it has shut down:

“Some media claimed Telegram did little or nothing to stop ISIS from using its platform. Nothing can be further from the truth.”

What Durov says is correct, the company has been removing ISIS propaganda channels from its service since at least November 2015.