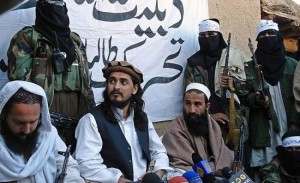 The TTP’s statement comes after a similar rejection by the Afghan Taliban following pledges of allegiance from low-level commanders of both Islamist movements to the Middle East-based Islamic State (IS).

“Baghdadi is not a Islamic Khalifa because his selection is not according to Islamic rules,” the statement said, adding that the IS leader had little control in Muslim countries like Egypt, Libya, Yemen and Afghanistan.

The TTP operate separately from the Afghan insurgents of the same name, but are loosely aligned with them.

Late last year, a few breakaway factions of TTP declared allegiance to Islamic State and ordered militants across the region to join its campaign to set up a global Islamic caliphate.