You are here: Home / Europe / Tango Down, the death of kickboxing world champion joined ISIS 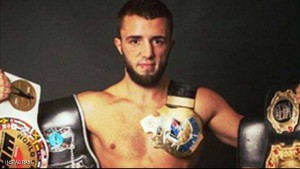 Swiss TV announced on Monday the death of the former world champion in kick boxing Valdat Gashi, who had joined ISIS in early 2015, where his borother confirmed the news of his death in mysterious circumstances.

Gashi, a German of Albanian origin, said in a telephone interview with Swiss television last month, “I help in the establishment of a modern caliphate in Syria.”

It is noteworthy that an UN report said last May that about 20 to 22 thousand foreign fighters have joined ISIS, where the latter seized vast areas in Iraq and Syria.