You are here: Home / MidEastGulf / Tango Down! Islamic State second-in-command killed by US airstrike in Iraq, group confirms 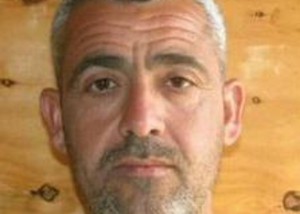 The Islamic State (IS) group’s second-in-command has been killed in an airstrike, according to a spokesperson.

An audio recording by IS spokesperson Abu Mohamed al-Adnani released on social media on Tuesday confirmed the death of Fadel al-Hayali – also known as Haji Moataz – in an airstrike in Mosul in August.

The US had previously claimed that al-Hayali had been killed while travelling in a vehicle near Mosul in August, describing him as IS’s “Baghdad military emir and emir of Ninawa province” in Iraq.

“This time we are 100 percent certain,” a senior official with the American-led coalition told the New York Times. “We have multiple confirmations he was in the car at the moment of the strike.”

Al-Hayali had previously been a lieutenant colonel in the army of former Iraqi President Saddam Hussein and served in the government’s military intelligence and special forces units. Following the 2003 invasion he joined the Sunni insurgency against the US coalition.

In his speech, Adnani also referred to Barack Obama as an “idiot” and a “failure…with no solutions” and warned the US that “this is your destruction and ruin and end, no question.”

“America, you will be defeated and taste the tragedy.”

The Iraqi military claimed on Monday that it had struck a convoy carrying IS leader Abu Bakr al-Baghdadi.

“The Iraqi air force carried out a heroic operation by striking al-Baghdadi’s convoy while he was on his way to attend a meeting with senior ISIS leaders in Karabelah,” the army said in a statement.

They added, however, that Baghdadi had been “carried away in a vehicle” and that his current status was unknown.