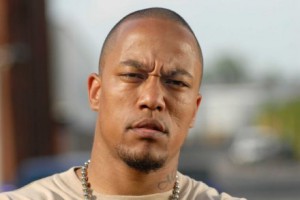 A German rapper who joined the Islamic State militant group and publicly threatened US president Barack Obama was killed in a US air strike in Syria, a defence official says.

Denis Cuspert, also known by his artist name Deso Dogg, used to rap in Berlin and was one of the most famous Western fighters for the IS extremist group.

“I can confirm that an October 16 strike near Raqqa killed Denis Cuspert,” US defence department spokeswoman Elissa Smith said.

Cuspert joined IS in 2012 and went on to appear in numerous videos from the militant group, including one in November last year “in which he appears holding a severed head he claims belongs to a man executed for opposing [IS]”, the State Department previously said.

Cuspert had pledged an oath of loyalty to IS group leader Abu Bakr al-Baghdadi and was a chief recruiter of German fighters.

According to Ms Smith, Cuspert threatened Mr Obama and US and German citizens, and had also encouraged Western Muslims to carry out IS-inspired attacks.

“Cuspert was a foreign terrorist fighter and operative for [IS] who used social media to take advantage of disaffected youth and potential Western recruits,” she said, using an alternative name for the IS group.

IS prohibits music, but singing is allowed, and some of the jihadists’ grisly videos are set to a vocal sound track.

Earlier in the day, a defence official speaking on condition of anonymity said that Cuspert “was not considered a high-value target [and] we were not specifically targeting him”.

He also noted that other IS jihadists may have been hit.

Jihadist sources in April 2014 said Cuspert had been killed in Syria but they later retracted the claim.

Cuspert, who later went by Abu Talha al-Almani, was listed as an Al Qaeda supporter by the United Nations.