You are here: Home / Europe / Tango Down: 100 Britons killed fighting for ISIS 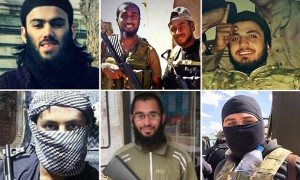 Around 100 British citizens have been killed in Syria and Iraq fighting for the Islamic State (ISIS) and other terrorist groups, a media report said today amid an acceleration in the number of women and children travelling from the UK to join the dreaded terror group.

An equal number of British children, including new-borns, are believed to be living under the rule of ISIS, ‘The Sunday Times’ quoted UK intelligence sources as saying.

The source said: “There’s been a lot of British people killed out there — up to 100 now. And there’s every chance that that number will continue to grow.

“We have been warning about the danger of the Syrian battlefield for several years and saying that the reality of the danger on the ground is not the glamorous picture portrayed in the ISIS propaganda videos. If you go out, there’s a good chance you will be killed.”

The newspaper also claimed that 50 “high-risk” extremists had returned to Britain from fighting in war zones of Syria and Iraq and were on the radar of security services.

The new assessments suggest there has been an acceleration in the past few months of the number of women and children travelling from the UK to join ISIS.

The average age of wannabe terrorist fighters leaving Britain to join the terror group has also fallen, with an increasing number of women and children making the journey.

Last week it emerged that about 60 girls and women had left for Syria in the past 12 months alone.

The Sunday Times security source added: “If you’re not killed by the growing number of coalition airstrikes, then you’re likely to be killed by the internal disputes between the dozens of terrorist groups on the ground vying for power and territory.”

While there are about 800 British jihadists in Syria and Iraq, who are predominantly fighting alongside ISIS, around 450 or so fighters have returned.

Last week, UK foreign secretary Philip Hammond said that 600 aspiring British fighters had been stopped entering Syria via Turkey on the basis of UK intelligence shared with the Turkish authorities.