You are here: Home / MidEastGulf / Talks with Iran at a critical stage 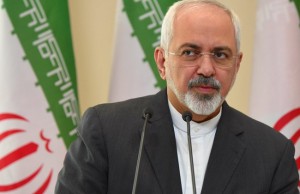 The negotiations are being held at Beau Rivag, a historic hotel in Lausanne. It had hosted the talks for our “Treaty of Lausanne.” As is known, although it was planned for July, no agreement could be made with Iran on the nuclear issue on that day, and a new schedule was slated for late March this year.

According to the plan, a memorandum of understanding would be prepared by the end of March and the text of the agreement will be drafted by the end of June. Although no information has been leaked, the attitudes of the parties and the fact that all foreign ministers have canceled their appointments to head for Lausanne tells us that the negotiations have reached a critical stage.

Iran favors the continuation of the dialogue even if progress is made with small moves and the maintenance of negotiations, even if no deal is made. This attitude stems from the challenging nature of negotiations, not from Iran’s old trick of buying itself time. Iranian President Hassan Rohani and the Iranian delegation that is conducting the negotiations in Lausanne certainly have the intention of finding a solution and reaching a compromise.

But it is Ali Khamenei who calls the shots in the nuclear issue. Currently, Khamenei is silent. He is known to lend support to the negotiations, but uncertainty lingers regarding its outcome and targets. It is not a cakewalk to shake the hand the “devil” extends.

Barack Obama, the initiator of and lead player in the negotiations, has recently sent messages to Tehran, availing himself of the opportunity of the Newroz festivities, and this is another sign that the talks have reached a critical stage. In his message, Obama not only stresses the historic opportunity for the peaceful settlement of the issue and advises that this opportunity should be used, but he also refers to the mood of the House of Representatives and cautions that this opportunity may not be able to be seized again.

During the last summit meeting of the European Union, British Premier David Cameron, French President François Hollande and German Chancellor Angela Merkel held a tripartite meeting to discuss the negotiations with Iran in an effort to come up with a common attitude, which is another proof that the process has reached a critical stage.

According to the reports, the talks mainly focus on three matters. It seems that Iran has made progress in acquiring the knowhow for nuclear energy and nuclear technology. Iran seeks to be considered “normal” regarding the nuclear issue and in international relations like Sweden or Japan, after a period of transition. Washington and Brussels apparently have given the green light to this vision.

Khamenei may market this as a victory, saying that they haven’t yielded to the West’s wish to ban Iran’s nuclear technology. The West insists that the transition period should be long and strict controls should be made during this period.

Their priority is to prevent Tehran from quickly acquiring the capacity of produce nuclear weapons. The intention is to keep Iran technically without the capacity to produce bombs for a period of one year. There are rumors that extremely creative proposals are on the table to this end.

The main target is to limit the Iran’s uranium enrichment park with 6,000 units and restrict its overall technological capacity. Enriched uranium will be sent to Russia. The second matter is about audits. The West insists that Iran should be open to audits by the International Atomic Energy Agency (IAEA). Inspection is not only a critical matter, but also the parties are very concerned about it. It is a matter of honor for Iran and of trust for the West.

The issue of embargoes, a critical matter for Iran, has not been settled yet. There is a complicated architecture of embargoes imposed with the United Nations Security Council, US and EU resolutions. Since the beginning of the negotiations, Washington and Brussels have continued to implement embargoes and argue that this issue should be settled gradually. While this is not a problem for the EU, the approval of the House of Representatives is required for the lifting of some of the embargoes. In other words, it will take some time to lift all embargoes.

Despite the messages of significant progress being made in the talks, certain glitches may appear during the phase of the writing of the agreement. Yet, Iran is tired of paying a heavy price for its nuclear adventure and therefore, it is very likely for it to shake the devil’s hand.

Furthermore, the current situation in the Middle East advises dialogue, not tension, with Iran. This fact is visible to everyone, except the residents of the Ak Saray palace who continue to raise tension both inside and outside. Until a few years ago, the talks with Iran were conducted in Iran under Turkey’s mediation. How swiftly things are changing!