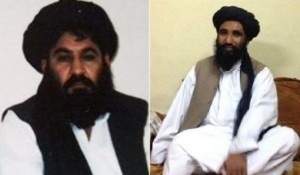 Amid growing rift among the Taliban leadership regarding the appoint of the group’s new leader, reports have emerged from southern Zabul province regarding preparation for a major clash between rival groups.

Mullah Akhtar Mansoor who was appointed as the new leader of Taliban has reportedly deployed around 600 armed militants Khak-e-Afghan area to fight with the militants of Mullah Mansoor Dadullah.

Reports regarding the possible outbreak of a major clash between Mullah Mansoor and Mullah Dadullah have been confirmed by local residents have who are witnessing growing deployment of militants in Khak-e-Afghan.

This comes as Mansoor Dadullah warned of further divisions among the Taliban militants earlier this month while expressing his deep opposition with the appointment of Mullah Akhtar Mohammad Mansoor as successor of Mullah Mohammad Omar.

Dadullah called on immediate actions to appoint a new supreme leader for the Taliban group who should be acceptable for all.

He announced his support to Mullah Omar’s son Mullah Mohammad Yaqoob and called the tensions among the Taliban leaders at all-time high.

Dadullah also confirmed that Mullah Omar did not die naturally but was assassinated, confirming the reports suggesting Mullah Omar was mysteriously killed in April 2013 in a hospital in Karachi city of Pakistan.