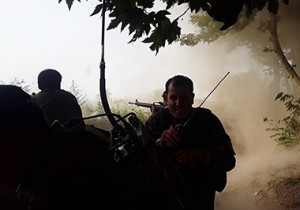 Security forces who are fighting the Taliban in Kunduz have said that insurgents are hiding out in residential homes which is slowing down their military campaign. ‎

Reports have also emerged that the Taliban is using civilians as human shields. ‎

But despite these challenges, security forces on Monday managed to recapture some parts of Kunduz city from the militants including Naw Abad, Khawja Mashhad and Cinema Square.