The Taliban have captured a key district in Afghanistan’s southern Helmand province, officials said according to belfasttelegraph.co.uk 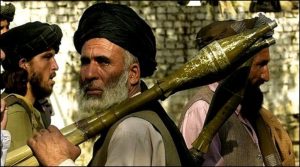 Meanwhile, in the country’s north, an officer turned his rifle on sleeping colleagues, killing nine policemen.

The fall of Sangin district, once considered the deadliest battlefield for British and US troops in Afghanistan, comes amid the insurgents’ year-long push to expand their footprint in the Taliban heartland of Helmand.

Since the withdrawal of foreign Nato combat troops from Afghanistan at the end of 2014, and with only a smaller, US-led advice and training mission left behind, Sangin has been seen as a major tests of whether Afghan security forces can hold off advancing Taliban fighters.

Speaking to the Associated Press, Mr Rasoul said the district headquarters had been poorly protected and that at the time of the Taliban siege only eight policemen and 30 Afghan soldiers were on duty.

Afghan security forces were now amassing nearby for a full-scale counter-attack in a bid to retake Sangin, he added, though he did not say when the assault would occur and how many forces would be involved.

“We are preparing our reinforcements to recapture the district,” he said.

It was not immediately clear whether the Afghan military would seek the help of international coalition forces in the area.

In Kabul, a politician from Sangin, Mohammad Hashim Alokzai, urged the military to move quickly to retake the district, saying its fall could have devastating consequences for Helmand, where the provincial capital of Lashkar Gah has in the past months also come under constant and heavy attack by the Taliban.

In northern Kunduz province, police spokesman Mafuz Akbari said the insider attack on Thursday that claimed the lives on nine policemen took place at a security post and that the assailant escaped under the cover of darkness.

Afghanistan has seen a surge in so-called insider attacks. In such incidents, attackers who turn their rifles and kill colleagues usually end up stealing their weapons and fleeing the scene to join insurgents.

Mr Akbari said the assailant had gone over to the Taliban. He also claimed that the attacker and the Taliban gathered the bodies of the dead policemen and set them on fire.

Taliban spokesman Zabiullah Mujahed claimed responsibility for the attack, but denied that a policeman had been involved or that the Taliban had burned the officers’ bodies.

The conflicting accounts could not be immediately reconciled. The region is remote and not accessible to reporters.

Afghan forces have come under intensified pressure by insurgents in both Helmand and Kunduz.