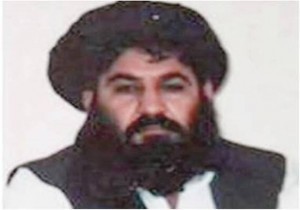 In the preface of the biography, it has been reiterated that Mullal Akhtar Mohammad Mansour is the legitimate leader of the Taliban.

The biography begins with the Date of Birth and Place of Birth of Mullah Mansour.

According to the biography when Soviets invaded Afghanistan, Mullah Mansour left his religious education unfinished and joined the ‘Jihad’against them.

It adds that after the collapse of Soviet Union he put down his arms and when Taliban took over the country he joined the Taliban ranks and worked on different posts including the minister for aviation and tourism.

According to the information, Mullah Mansour again took his arm to fight when their regime was collapsed in 2001. Besides being a member of Taliban’s central Shura (council) he was given deferent responsibilities. When Mullah Ombaidullah Akhund was arrested, Mullah Mansour was then appointed as the second deputy to Mullah Mohammad Omar.

The information further states that when Mullah Obaidullah Akhund died in the captivity of Pakistani forces in 2010 and Mullah Abdul Ghani Baradar was arrested, Mullah Mansour was then appointed as the deputy head and general in-charge of all operational activities.

It further states that when Mulllah Omar died on 23rd April 2013 and several key members of the Taliban Shura decided to conceal the death of Mullah Omar.

According to the released information, this news was kept secret until 30th July 2015 after which majority of the Shura decided to announce Mullah Akhtar Mohammad Mansour as the replacement for Mullah Omar.