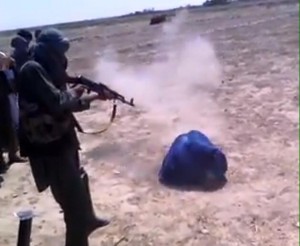 Taliban militants have publicly executed a mother-of-two for divorcing her first husband and living with another man in Afghanistan. The Islamists murdered the woman after her husband reportedly complained to them about his wife.

The incident is said to have taken place in Ab Kamari district in the northwestern province of Badghis. Taliban insurgents stormed Maida Qul village late on Sunday, 18 December when the victim was at her father’s house. The militant group has not yet commented on the reported incident.

The extremists had initially forced the woman to divorce her second husband and made her live in her father’s village before executing her. A local official was quoted as saying that all the perpetrators involved in the incident have been identified but it is still unclear whether they have been arrested.

Incidents involving punishment for women have been reported across the country in the recent past. It is not uncommon to see people being punished for not following Islamic codes in rural parts of Afghanistan. The Islamist organisation seeks to enforce Sharia-compliant laws in the territories it controls.