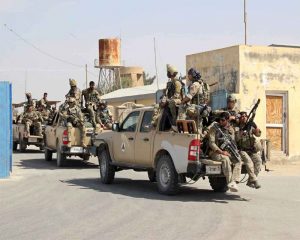 Hundreds of Taliban fighters on Wednesday launched a massive armed attack against three key districts of southern Kandahar province, but their attack was pushed back by security forces and members of the group suffered heavy losses, like reported by afghanistantimes.af.

The attacks were carried out against Zherai, Dand and Marof districts of Kandahar Province on Wednesday in which hundreds of Taliban fighters were involved.

“During the counter attack, 85 Taliban fighters were killed and 18 were wounded” the Ministry of Defense said in a short statement.

Several vehicles and motorcycles of the militants were also seized and a large amount of their weapons and ammunition were destroyed, it said.

The attack is considered the second largest armed attack by the group in the province in the past two months.

Taliban attacks have increased in recent few months in the country particularly in the south.

Due to such attacks 134 civilians have been killed and another 342 civilians were injured in the past one month, according to the Ministry of Interior.

Armed violence is on rise throughout the country in recent few months despite the fact that Afghan were expecting a ceasefire or at least a significant reduction in violence with the start of the intra-Afghan talks.

But during the past nearly three months of negotiations the government and Taliban representatives have only agreed on rules and procedures for the talks. The two sides have now tasked working committees to prepare a draft of the agenda of the talks, in which ceasefire is expected to be one of the top topics on the agenda.