You are here: Home / West Asia / Taliban leader not designated terrorist is mystery: India at UN

In a veiled reference to Pakistan, India said perpetrators of violence in Afghanistan must not be allowed safe havens in its neighbourhood, as it slammed UNSC’s sanctions regime for not designating the leader of Taliban as terrorist, calling such an approach a “mystery” 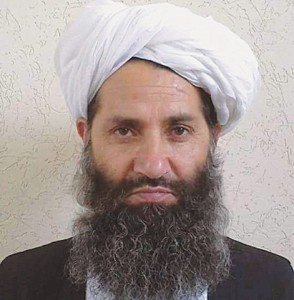 “The fact that the leader of Taliban – a proscribed entity – is not yet designated as a terrorist individual remains a mystery to us. Can we know the rationale for such an approach,” Deputy Permanent Representative Ambassador Tanmaya Lal said at a Security Council debate on Afghanistan here.

The Taliban had named Mawlawi Haibatullah Akhundzada, a conservative cleric in his 50s, as its new leader after Mullah Akhtar Muhammad Mansour was killed in a US drone strike in May. Akhundzada is not on any terrorist designated list.

Lal questioned how, by not designating the head of a banned entity, the world body intends to address one of the biggest threats to peace and security.

“Is it now the thinking that leaders of proscribed entities will not be held accountable for the deeds of the listed groups that they head? Is this how we now intend to address one of the most serious threats to international peace and security,” he said in his remarks.

Lal questioned whether the response to India’s queries on the functioning of the UN sanctions regime will be a “deafening silence” as was the case when the Security Council Committee 1988, which deals with issues relating to Afghanistan, had met last month, with no information about what was discussed in the meeting.

“We are unaware of what was discussed and what was the outcome of these discussions. Are Member States entitled to know what this Committee, which acts on their behalf, considers and decides upon on, for all of us?

“This appears to be one more instance of the secrecy practiced in the subterranean universe of the Security Council which has now enshrined the principles of anonymity and unanimity to ensure lack of accountability to member-states,” he said.

In an apparent reference to Pakistan, Lal said groups and individuals that perpetrate violence against the people and government of Afghanistan “must not be allowed safe havens in Afghanistan’s neighbourhood.”

While the Afghan government has made efforts to combat terrorism, “others have callously looked the other way” when Afghanistan is targeted by Taliban, Haqqani Network, ISIS, al-Qaeda, LeT and JeM, Lal said and called for effective implementation of the Security Council’s sanctions regime, including the 1267 ISIL/Al-Qaeda Sanctions and the 1988 Taliban regime.

He said this is “absolutely essential” for it to serve as a “strong deterrent” to the listed entities and individuals. Lal noted that while Taliban’s attacks and military gains in Afghanistan have been resisted by security forces, these attacks have gone up in the last couple of months, a trend which cannot be explained simply as a peak in the fighting season.

“The current efforts by the international community to assist Afghanistan have clearly not been adequate,” he said adding that the Security Council needs to find the means to reverse the deteriorating security situation to ensure that gains made by the Afghan people in the last 15 years are not withered away.

The remarks by India at the Council came as Afghanistan President Ashraf Ghani met Prime Minister Narendra Modi in New Delhi and without naming Pakistan sent out a strong message that the “concerned” should put an end to all sponsorship, support, safe havens and sanctuaries to terrorists, including for those who target Afghanistan and India.

Lal reiterated that Afghanistan has India’s full support for strengthening its defence capabilities and in preserving its sovereignty, unity and territorial integrity, which is essential for the stability of the region.

India has offered an allocation of a billion dollars for requirements of Afghanistan for capacity building in spheres such as education, health, empowerment of women, energy, infrastructure and strengthening of democratic institutions.

“We believe that the path to reconciliation in Afghanistan should be through an Afghan-led and Afghan-owned process in adherence to the internationally-accepted red lines reflecting the aspirations of the people of Afghanistan,” he said.

She asserted that no one should “expect that Pakistan would fight Afghanistan’s war on its soil.” She said a dialogue between Kabul and the Afghan-Taliban remains the only way to end Afghanistan’s “long night of suffering.”

Lodhi said it is unfortunate that Pakistan continues to encounter threats from elements of the Tehrik-e-Taliban Pakistan and “its backers from across the border.”

She said to prevent cross-border attacks, Pakistan will fence extended parts of the border. “If the Afghan government seeks an end to such cross-border terrorism, it should support such fencing and strict controls at the international border.”

Afghanistan’s envoy Mahmoud Saikal said the savage attacks in populated urban centres had illustrated the “cowardly behaviour” of terrorist groups and their supporters to compensate for their so-called spring offensive losses.

“Current efforts remain scattered, slow, and at times static, and have proven incapable to match the sophistication and ever changing tactics of global terror for its eventual threat,” he emphasised.