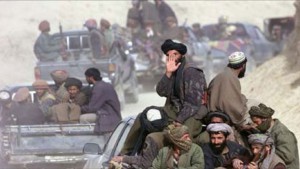 The Taliban have stepped up their attacks in Afghanistan’s northern provinces of Kunduz and Takhar in a move that highlights the group’s capability to expand its area of operations beyond the east and south of the country by executing co-ordinated offensives.

The militants temporarily seized control of the strategic Kunduz district of Khanabad on 20 August by capturing the local police headquarters and a number of checkpoints before being pushed back by the Afghan National Defence and Security Forces (ANDSF) the next day.

At least 38 Taliban fighters were killed and several Afghan police officers were wounded in the fight, provincial spokesman Hejratullah Akbari was quoted as saying.