You are here: Home / West Asia / Taliban in a letter warn Abu Bakr al-Baghdadi not to make any decision that prompts Islamic Emirate’s reaction 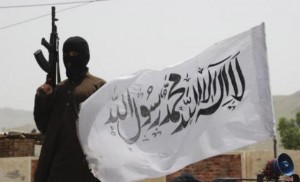 Afghan Taliban have warned the leader of the Islamic States Abu Bakr al-Baghdadi not to make any decision that prompts the reaction of the Islamic Emirate.

In a open letter published on Taliban’s website in three languages Arabic, Dari and Pashto, the militant group states that Islamic Emirate wants “Jihad” only under its name in Afghanistan.

The letter further states that the Emirate in Afghanistan under the leadership of Mullah Mohammad Omar is approved by 1500 Afghan Ulemas who have pledged allegiance with it and there for drawing a parallel line with it is neither required by Sharia nor by logic.

The letter adds that several groups under the name of “Mujahideen” have mobilized to unpopular the name of Jihad in the past but they have been vanished pretty soon.

The letter that is signed by Mullah Akhtar Mohammad Mansoor, identified as the deputy of the Islamic Emirate and member of the Shura (council) of the leaders, express concern that those people might gather under the name of the Islamic State and misuse it.

The Islamic State must work for the unity of the “brothers” of Islamic Emirate and not to make decisions from far distance that causes the anger and hate of leaders of the “Mujahideen” here and prompt reaction of the Islamic Emirate.