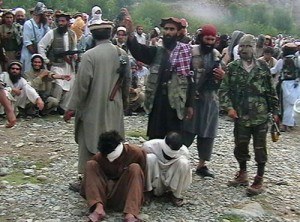 Daesh fighters beheaded seven hostages in Arghandab district of Zabul province recently, who were abducted two months ago. Three men and four women were among those beheaded by IS militants.

“A Daesh commander named Akram along with his fighters joined the Taliban militants the other night. Eight of the fighters were involved in beheading of the seven hostages,” Radio Azadi quoted Hasratyar as saying.

He said that the Taliban militants executed perpetrators.