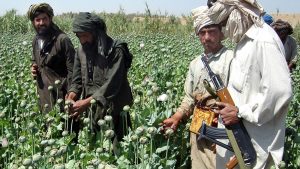 The Taliban, one of the most notorious terrorist groups worldwide, has grown its financial assets through the years. The militant group earned $1.6 billion in 2020, which significantly contributed to its war efforts in Afghanistan, like reported by ibtimes.com.au.

Mullah Yaqoob, son of the late Taliban spiritual leader Mullah Mohammad Omar, revealed the income sources of the militant group. A confidential report commissioned by NATO showed the massive earnings of the group in the fiscal year that ended in March 2020. The Taliban’s $1.67 billion earning that year was about 30% of the Afghan government’s total income of $5.55 billion.

The Taliban’s massive income in 2020 came primarily from the group’s illegal drug trade that generated an estimated $416 million. Afghanistan accounted for about 84% of opium production worldwide from 2015 to 2020, based on the United Nations’ World Drug Report 2020.

The majority of the profits from the illegal trade went to fund the Taliban group, which manufactured opium in many of the areas under its control. The group also imposed a 10% tax on every link in the production chain of the drugs, the Afghanistan Research and Evaluation Unit said in a report.

Another primary source of income for the Taliban group is mining iron ore, marble, copper, gold, zinc and other metals and rare-earth minerals. The resources found in the region have become a lucrative business for the militant group, which earns about $400 million to $464 million from the minerals, as per The Conversation.

Several Afghan and United States officials also believe that there are many regional governments that provide financial assistance to the Taliban, including those from Pakistan, Iran and Russia. Authorities consider private citizens from Pakistan, Saudi Arabia, the United Arab Emirates and Qatar to be the major donors of the group, which reportedly earned an estimated $500 million in 2018 alone, according to the BBC.

The Taliban’s continued financial and power growth throughout the years has allowed it to seize control of a majority of the largest cities in Afghanistan. The withdrawal of U.S. troops in the country only helped the militant group expand its territory within the region, the New York Times reported.