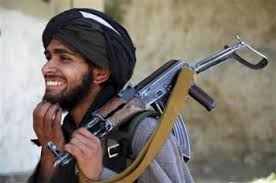 The Taliban has designated journalists of two biggest Afghani television networks as “enemy personnel” and their stations as “military targets.” The two channels reported that the Taliban were raping women in Kunduz.

The Afghan insurgents rejected the reports of rape, calling Tolo and 1TV channels “satanic networks” in a Monday statement.

“The (Taliban) from now on does not recognize Tolo and 1TV as media outlets but designates them as military targets due to their disrespectful and hostile actions,” the group said.

The militants also described reports on Taliban fighters raping women at a female hostel in Kunduz as examples of propaganda.

“No employee, anchor, office, news team and reporter of these TV channels holds any immunity,” the Islamist insurgents added.

The human rights group Amnesty International also accused Taliban fighters in Kunduz of gang rapes and mass murder in a recent report. The militants briefly the city for three days before government forces launched a counteroffensive earlier this month.

Afghan media mogul Saad Mohseni who heads the Tolo network said his employees will not be intimidated.

The director of the Afghan Journalists’ Safety Committee, Najib Sharifi, said both networks reported “in line with freedom of speech rules.”

“The Taliban statement of threat is in violation of international conventions, Islamic laws and human rights,” he said.

The Afghan media industry has expanded after Taliban were pushed out of power in 2001. However, international activists warn that journalists are still under pressure from the insurgents, warlords and the government.

The Afghan Journalists’ Safety Committee has noted 67 cases of threats and violence against journalists since the beginning of the year.