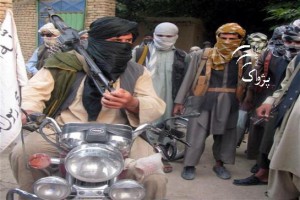 Local officials say more than 300 schools are under Taliban’s control in northern Kunduz province, where the insurgents recruit students for fighting.

However, the militant group vehemently denies recruiting schoolchildren as fighters. It says children’s recruitment as fighters is forbidden under Taliban’s policy and the Islamic Shariah.

Education in the province was badly affected during the siege of Kunduz City by Taliban militants for a few days. The strategic city, which fell to the rebels on September 25, 2015, was recaptured by the security forces after a two-week clearing operation.

In addition to huge losses inflicted on the people and damage done to government facilities, 150 schools were also closed. Education department spokesman Abdul Basir Waziri told Pajhwok Afghan News thousands of boys and girls were enrolled in the schools closed.

The schools have been reopened, but all important documents of the urban education department and five schools had been torched during the fierce battle for Kunduz City, the spokesman revealed.

Maulvi Sirajuddin Shaheed and Hazrat Ali High Schools were hit by heavy weapons fire. All important papers and equipment there were burnt, he added.

Sibghatullah, a student at the Hazrat Ali High School, blamed the insurgents for setting alight equipment and documents. He alleged a madrassa (seminary) was also torched.

“We could not come to school during two weeks of fighting. Even after our school reopened, most of children stayed away because of security concerns,” the students continued.

Sibghatullah requested the government to take effective measures to improve the security situation in the city so that students leant their lessons in a peaceful atmosphere.

Kunduz officials explain of the 497 schools in the province, more than 300 are located in areas under Taliban’s control. The fighters mark absent the teachers and students who do not come in time. A long absence may translate into a teacher’s sacking or a student’s rustication.

Acting Governor Hamdullah Danishi admitted the Taliban even influenced transfers and employment of teachers. Without giving details of the areas under militant control, he confirmed the rebels were active just one kilometre from Kunduz City.

In parts of Imam Sahib, Dasht-i-Archi, Qala-i-Zal, Khanabad and Chahar Dara districts, the guerrilla presence had been taking a heavy toll on education. “The Taliban train students against the government and recruit them for fighting. Our elders should make a decision on the issue,” he demanded.

Danishi revealed the militants were recruiting students from Nangarhar and Kunduz provinces — a practice that must be stopped forthwith.

A resident of Chahar Dara district, who requested not to be named, said the rebels had devoted a specific time to training students on how to use different kinds of weapons at Basos School.

“Even small children there can handle all manner of weapons,” the source said, adding the militants awarded prizes to the students singing songs in praise of Taliban. The rebels could only force schoolchildren and teachers into complying with their orders, he commented.

Abdul Qadir, hailing from the Aqtash area of Khanabad district, disclosed a teacher was fired by the fighters staying away from his duty for a few days. Qadir, whose has three school-going children, said the Taliban had directed students to come to school in time if they did not want to be marked absent.

Aqtash is a vast area, containing 80 villages. It was recently upgraded to the status of district in line with a presidential decree.

The acting governor warned school students would swell militant ranks if the province was not cleared of the Taliban. Some residents claimed the fighters had imposed their own syllabus on schools. The subject called Culture and Life Experiences has been replaced by Taliban-written book Islamic Emirate.

But the Taliban rejected the allegations they are recruiting students from schools under their control. The group’s spokesman Zabihullah Mujahid said: “We lay an emphasis on students’ arrival at schools in time and getting healthy education.

“It’s their time to acquire education. Their recruitment is forbidden based on Sharia law and conventionally.” He verified Taliban’s interference in schools where teachers remained absent habitually or paid no attention to the education of children.

“Teachers are first motivated to come to schools in time. If they don’t listen, they are warned. And if they ignore warning, we sack them,” he clarified. The teachers employed in violation of merit were unacceptable to them, he continued.

Mujahid vowed to interfere in schools where students were taught subjects that were in conflict with the Shariah. For example, he said, teaching music was not was violative of Sharia.

The acting director of education rejected as baseless claims about the closure of schools. Not a single schools was shut and the education process was going on smoothly, he insisted.

Students of five schools that were destroyed in recent clashes are going to nearby schools. They had appeared without any major problems in their annual exams, the official maintained.

Jamhuriat High School, Ashqari Middle School and Hamid Agha Primary Schools have been destroyed in Kunduz City as result of the fighting. A girls’ high school and a Quran memorisation centre for females in Dasht-i-Archi district were also ruined.

Some of the schools were situated in Taliban-dominated areas, but tribal elders were in contact with the rebels to allow the payment of salaries to teachers and avoid hampering the delivery of books and other scholastic materials, the director added.

Insecurity was not confined to Kunduz, but the issue was common in all provinces of the country, he observed, saying the government had to provide a better environment for students.

Although some schools were closed due to insecurity, they continued with their studies by going to other schools, said Abdul Malik, an eighth-grade student. Enrolled at the Abdul Fatah School in Chahardara district, he appeared in the annual exams elsewhere.

He asked the government to ensure the security of schools and keep students from running into a similar situation in the future.

Meanwhile, some students complained they had been deprived of education. Syed Yasin, a student of ninth class at Damshakh School in Chardara said the Taliban had warned all people of the area not to send their children to school.

Despite their strong urge to continue their studies, more than 200 students have been deprived of education, waiting for the early return of stability to the insecure area. Their schools had been partially destroyed in recent years, he said, while asking the government to conduct clearing operations against the militants.

Education officials claim curbing corruption in the department, but residents of the province allege teacher posts have been sold over the past few years.

“My daughter has done BA in education. This year, I tried to find her a job in a school. I literally toiled for months, but could not find any job for her,” a government employee said on condition of anonymity.

The appointing authorities sought 60,000 afghanis in backhander from him, but he could not afford to pay that big an amount. Regretting the sorry state of affairs, he said many applicants did not have the required connections.

Over the past three years, the ordinary mortals have been in the dark about teacher vacancies in the education department, according to the man, who asked the ministry to make appointments on the basis of an open competition.

Meanwhile, the acting director of education admitted there had been problems in the department, but since his takeover, a campaign had been launched to banish corruption.

He said they had conducted an open-merit test featuring by more than 2,000 candidates for teacher vacancies. The result would be declared soon, the official promised.

“With the introduction of merit, many educated people will get jobs on the one hand and corruption will be contained to a large extent on the other,” he remarked.

He asked the people if any of the education employees ask for bribe, they should contact him to refer the officials to judiciary departments.

According to education officials, councils for protecting schools have been set up in the provincial capital and districts of Kunduz. They are responsible for providing security for schools.

A member of the council in Khanabad district, Abdul Saboor, said the body was set up a year back. All members of the council are bound to share problems of the schools with the education department and protect them from militant attacks.

The councils, entitled to no privileges from the government, have voluntarily accepted responsibility for facilitating children’s education in a peaceful environment.

No doubt, the collapse of Kunduz City badly affected the education system. However, the councils did not allow the schools to be closed, Saboor said, urging the Taliban and other armed groups not to harm educational institutes and let the rising generation continue its education.

The acting director of education says more than 330,000 male and female students are taught by over 8,000 teachers at 497 schools across the province. Of them, 270 schools have their own buildings.

This year, the department plans to construct 45 schools with financial support from the Ministry of Education and donor agencies. Work on 16 school buildings is underway in different parts of the province.

“With the construction of school buildings, students will be protected from the adverse effects of the sun. They will no longer need to study under trees,” the director concluded.