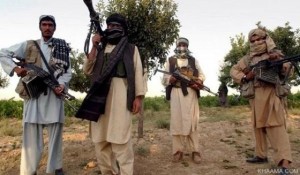 Taliban insurgents have condemned the video released by Daesh purportedly showing the execution of prisoners in a ‘brutal’ manner, resembling the execution style used by the group’s affiliates in Iraq and Syria.

“This offence and other such brutal actions by a few irresponsible ignorant individuals under the guise of Islam and Muslims are intolerable,” it adds.

Messages and commentary released with the video claim that it was filmed in eastern Nangarhar province of Afghanistan and those executed were captured after fighting between Daesh, Taliban and government troops.

The video showed captured men being blown up with explosives. This style of execution was never used by militants in Afghanistan.

At the end of the video, there are questions, “Do you have a taste for digging your own graves? Do you want to be beheaded?” the two other styles of execution being used by ISIS in Iraq and Syria.