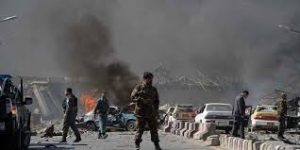 A suicide bomber targeted an Afghan Special Forces base in Kabul on Thursday, killing at least four commandos, officials said, as violence continued to escalate following the collapse of peace talks between the United States and Taliban insurgents, like reported by reuters.com.

The bomber blew up an explosives-laden minibus at the entrance to the camp in Chahar Asyab district, killing the four special forces members and wounding another three, the Defence Ministry said in a statement.

Mujahid said the bomber had been infiltrated into the base well before the attack.

The latest attack underscored expectations of an escalation in violence following U.S. President Donald Trump’s sudden cancellation of the talks with the Taliban aimed at withdrawing U.S. troops and ending 18 years of war in Afghanistan.