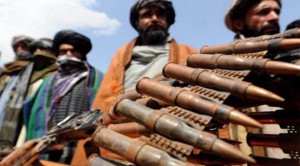 The Taliban captured a second district in the northern Kunduz province early Monday after heavy fighting with local security forces.

Mohammad Yusuf Ayubi, head of the provincial council, said the insurgents attacked the district of Dashti Archi from four sides, setting off heavy fighting before seizing full control of the area. He said local forces suffered casualties but did not have a precise count.

He said around 150,000 residents of the district were unable to leave.

The Taliban confirmed that they had captured the district, as well as ammunition and four tanks, in an emailed statement.

The Taliban seized control of the Chardara district in Kunduz on Sunday. The insurgents attacked the provincial capital, also called Kunduz, in a surprise attack in April and nearly captured the city before Afghan forces pushed them back.

Afghan forces have struggled to fend off Taliban advances since the U.S. and NATO combat mission officially concluded at the end of last year.