You are here: Home / West Asia / Taliban attempt to seize airport in Afghanistan city of Kunduz 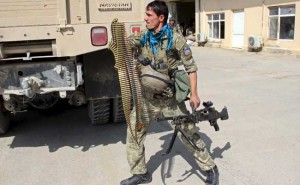 Taliban fighters were attempting to seize control of the airport in the northern Afghan city of Kunduz late today, after the militants seized a provincial capital for the first time since their ouster 14 years ago.

The fighters were flooding into the airport and about 80 per cent of the complex was under their control, according to an Afghan security official, who asked not to be named.

A Reuters eyewitness said there were was heavy fighting around the airport.