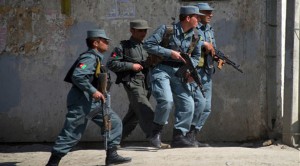 At least 30 Afghan police personnel have been killed since heavy clashes broke out between Taliban militants and security forces in Jalrez district of eastern Wardak province, reported local media on Friday.

Sporadic clashes are still going on in the province, 34 km west of Afghan capital, according to the report.

“Up to 30 Afghan Local Police (ALP) personnel have been killed and several others wounded following the clashes,” the official said.

“The main road to Jalrez district center has been closed since early Thursday. Reinforcement army soldiers have been deployed by helicopters to the district center earlier on Friday to avoid militants’ advancement there,” the source added in the report.

The Taliban-led insurgency has been rampant since April 24 when the militant group launched its so-called annual spring offensive in different places of the militancy-plagued Afghanistan, which had claimed hundreds of lives including militants, security personnel and civilians.