You are here: Home / West Asia / Taliban attack the American University of Afghanistan in Kabul 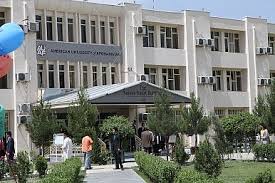 Students and teachers are tapped in classrooms in the American University of Afghanistan in Kabul after a reported militant attack.

“We are stuck inside and very afraid.”

Many other trapped students were tweeting desperate messages for help. Among them was Associated Press photojournalist and Pulitzer Prize winner Massoud Hossaini.

No militant group has so far claimed responsibility for the attack, which comes as the Taliban step up their summer fighting season against the Western-backed Kabul government.

The attack comes after two professors at the university — an American and Australian — were kidnapped in the heart of Kabul earlier this month, the latest in a series of abductions of foreigners in the conflict-torn country.

The management of the elite American University of Afghanistan, which opened in 2006 and enrols more than 1,700 students, was not immediately reachable for comment.