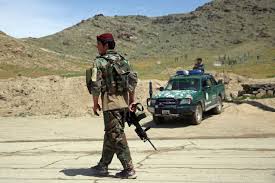 According to the reports, Taliban attacked public uprising forces in Khwaja Bahauddin district of Takhar last night that led to long hours clashes.

Both the government officals and the Taliban have not yet commented on the incident.