You are here: Home / West Asia / Taliban and Al-Qaeda ties: a threat to the Afghan peace process 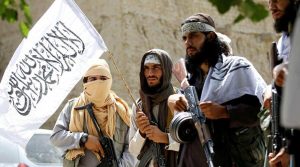 Al-Qaeda has received a huge setback with the killing of some of its most important members in the top-most chain of command. Abu Mohsin al-Misri, who went by his nom de guerre as Hussam Abd al-Rauf, was killed by Afghan forces in October this year in Ghazni province. Rauf was the deputy of Al-Qaeda’s chief Ayman al-Zawahiri who, according to some unverified reports, died two months back due to natural causes. Another top leader of the terrorist outfit, Abu Muhammad al-Masri, an Egyptian national who was the number two of Al-Qaeda, was reportedly killed in Iran three months ago by an Israeli hit-squad (although Tehran contests this). Despite the many setbacks, however, the terror outfit undoubtedly continues to be an imminent threat in the Central Asian region and the Indian subcontinent, like reported by orfonline.org.

A report from a UN monitor group, published in May 2020, suggested that the Taliban and Al-Qaeda still shared a strategic alliance. The report further claimed that the Taliban maintained regular contact with the Al-Qaeda even as the US-Taliban deal neared, indicating that the group would continue to adhere to its historically strong ties with the Al-Qaeda. Rauf’s killing in a Taliban stronghold of Andar district in central Ghazni, and the unearthing of the fact that he was living under Taliban protection for years, has further validated the claims of possible Taliban-Al-Qaeda ties. Even if the Al-Qaeda stays low in Afghanistan, military engagements of the group alongside the Taliban in various provinces of the country are likely to result in increased violence. Reports suggest that Al-Qaeda is covertly active in 12 Afghan provinces and maintains a manpower of 400 to 600 armed insurgents. Other than Al-Qaeda, foreign fighters from Pakistan, linked with groups like Jaish-e-Mohammad, Lashkar-e-Taiba, and Lashkar-e-Janghvi reportedly joined the Taliban in carrying out attacks on the Afghan security forces in Helmand this October, which raised further questions about Taliban’s commitment to the February deal signed with the United States.

Impact on the peace process

In light of recent killings of Al-Qaeda’s key elements in Taliban strongholds, former Afghan intelligence chief turned politician Rahmatullah Nabil reaffirmed the claims of the UN report that Al-Qaeda still maintains close ties with the Taliban and shares a direct link with the Quetta Shura. The Taliban has so far rejected these claims, but the ground realities paint a different picture. The Taliban wants the February deal to form the basis of the current negotiations going on in Doha. Reports of Taliban continuing ties with Al-Qaeda stand contrary to the February deal that includes cutting off ties with foreign terrorist groups. Both, the Afghan government and the Taliban, have spoken about significant progress in the negotiations but are lagging in discussing main items on the agenda such as a comprehensive ceasefire or the Taliban’s partnerships with foreign groups.

With the White House gearing up for an administration shift, the Taliban expects Joe Biden to remain on the same track laid down by President Trump and his Special Afghan Envoy Zalmay Khalilzad. Within the Pentagon, there is much policy calibration going around the future of the withdrawal strategy of the United States, given the emerging security conditions in Afghanistan over the past six months. General Mark Milley, Chairman of Joint Chiefs of Staffs Committee; and General Frank McKenzie, head of CENTCOM; based on their assessment of the conditions on the ground, have expressed their desire for the withdrawal to be further delayed to spring 2021. With intensified violence and a reduced US military presence, Biden might find himself in a tough position when he takes office in January 2021. Substantial reduction in US troops since February this year has caused serious damage to Afghan security, as it has resulted in major government strongholds falling into Taliban hands. Therefore, a change of tone is indeed expected from the new US administration, which may review the current withdrawal strategy based on conditions on the ground and set new limitations for the Taliban to take intra-Afghan negotiations more seriously. This approach will also be aligned with NATO’s Afghan policy, which calls for a “coordinated” and “responsible” withdrawal. On similar lines, Dr Abdullah Abdullah, Chairman of the High Council for National Reconciliation has also expressed his dissatisfaction with the current withdrawal timeline of the United States and a preference for a more flexible US exit, in accordance with the conditions prevailing on the ground.

The current withdrawal strategy seems to endanger two decades’ progress with regard to nation-building and protection of civil liberties. With the continuing threat of foreign terrorist outfits like the Al-Qaeda breeding in Afghanistan, the Afghan government cannot negotiate with the same blind optimism as the Americans negotiated with the Taliban. A continued US presence until the intra-Afghan dialogues are concluded with a potential power-sharing agreement is in the best interest of the Afghans to secure peace and stability in the country. Meanwhile, for a fierce Taliban that wants to capture power through any means possible, such revaluation of policy could turn counter-productive, as it may find itself at loggerheads with the US, once again. For the new US administration, a responsible withdrawal strategy aligned with viable progress in the peace talks would be a favourable option as far as America’s longest war goes.

As the Taliban continues to maintain strategic ties with the Al-Qaeda, their alliance remains the bone of contention in adhering to the terms of the US-Taliban deal. The reality is that this alliance is still capable of recruiting, training, and executing largescale, coordinated attacks. Hence, a need to see an end to this alliance is of utmost priority for the Afghans and the United States as well.

The Taliban is ascending with each day; it is a strengthening force with a substantial cadre and has the military wherewithal to sustain itself in the region. Al-Qaeda is a diminishing force globally, yet it continues to pose a threat in the Central Asian region and the Indian subcontinent by operating under the safe-haven provided by the Taliban Al-Qaeda’s pledge of loyalty to the “Commander of the Faithful,” which is the leader of the Taliban, who is regarded as the leader of Sunni Muslims across the world, binds the group to contribute to the Taliban’s long-term strategic and political ambitions. Historical relations and the ideological affinity the two groups share, are the main reasons why the Taliban would preserve its ties with Al-Qaeda. In addition to that, Al-Qaeda’s cadres, albeit limited in numbers, strengthen the Taliban’s military activities. For Al-Qaeda, which appears to be more of a regional threat than a global one, cutting off ties with the Taliban will further push the group towards the brink of extinction from Central Asia and the Indian subcontinent. Hence, this alliance is likely to endure and prosper clandestinely, parallel to the Taliban’s ongoing engagement with the Afghan government’s delegation in Doha, aimed at a potential political settlement.