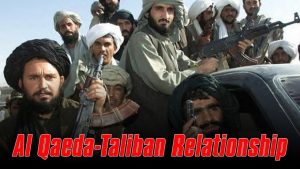 The Taliban remain supportive of al-Qaeda, even to the point of working together to attack Afghan security forces, the US Department of defense said in a report released Tuesday, according  to 1tvnews.af.

The quarterly report to the Congress, covering the period from April 1 through June 30, said that the Taliban continued a high tempo of attacks targeting Afghan forces and maintained its ties with al-Qaeda, conducting some attacks alongside members of al-Qaeda’s regional affiliate, al-Qaeda in the Indian Subcontinent.

The US has reduced its troops in Afghanistan to 8,600 as part of an agreement with the Taliban signed in February.

Earlier this month, US Defense Secretary Mark Esper said that the plan was to cut troop level to less than 5,000 by the end of November.

The Pentagon report said that the US committed to removing the remainder of its military forces by April 2021, if the Taliban complies with the agreement.

According to the report, the Taliban didn’t conduct a single attack against US and coalition forces after the deal, but the overall level of violence increased in the second quarter of 2020 compared to the first quarter.

It said that the US reduced the number of air strikes it conducted by 80 percent.

According to the report, US military in Afghanistan is no longer providing data on “enemy-initiated attacks” — both “effective” and otherwise” against US forces there, effectively hiding a critical measure of violence in Afghanistan from public view.

USFOR-A stated that the information on enemy-initiated attacks is “now a critical part of deliberative interagency discussions regarding ongoing political negotiations between the United States and the Taliban.”