You are here: Home / Senza categoria / Taking aim at the ‘Caliph’ 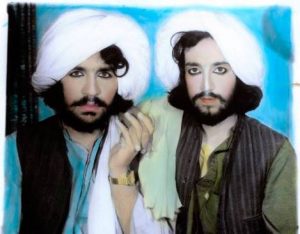 Abu Bakr al-Baghdadi is the leader of the world’s most image savvy terrorist group, yet he has avoided the public spotlight; he has made only two known public appearances since 2014. Nonetheless, the self-proclaimed caliph of the so-called Islamic State appears to be increasingly in the targeting sights of anti-Islamic State coalition forces. While there have been sporadic reports that al-Baghdadi had been injured or killed over the last few years, it appears that the intelligence and targeting information against one of the world’s most wanted terrorists is improving. As the military pressure against the Islamic State increases and its safe havens shrink, the ability of al-Baghdadi to avoid airstrikes also diminishes, like reported by soufangroup.com.

On February 11, Iraqi media reports indicated that the Iraqi military had conducted an airstrike in western Anbar province, targeting a house in which numerous senior leaders of the Islamic State were meeting—al-Baghdadi included. The reports stated that several ranking Islamic State members were killed and al-Baghdadi was ‘severely injured.’ The Iraqi Joint Operations Command stated on February 13 that these reports were unconfirmed; U.S. officials indicated they were skeptical of the reports. The Islamic State is under the most pressure it has ever faced, and every airstrike—or even statements about al-Baghdadi’s whereabouts—fuels the group’s paranoia over spies, thus forcing it to alter its practices, movements, and procedures.

In late January, Iraqi Prime Minister Haider al-Abadi told France 24 that his government knew where al-Baghdadi was hiding in Iraq. In December 2016, CNN reported that the U.S. military had picked up al-Baghdadi’s movements after months of no credible information. The uptick in public reporting likely stems from increased intelligence capabilities in both Iraq and Syria. As the coalition’s campaign against the Islamic State has shifted from an exclusively air operation to troops and personnel on the ground, intelligence collection capabilities have increased.

The uncertainty over the health of al-Baghdadi is matched by the uncertainty over the impact his death would have on the Islamic State. Al-Baghdadi is not a charismatic leader, nor is the group a cult of personality built around him. Even in the face of recent territorial defeats, the Islamic State remains an extremely large terrorist organization; the group maintains a large bureaucracy and organizational chart. It will have no shortage of candidates to lead the group in its next phase. The underlying conditions that gave rise to the group—in both Iraq and Syria—are not likely to improve anytime soon. Without self-sustaining, competent, inclusive, and representative governments and militaries in Iraq and Syria, the Islamic State is likely to maintain some level of operations in each country for years to come. While the death of al-Baghdadi would deal an undeniable blow to the Islamic State, it is a blow the group’s leadership has been preparing its followers for. Along with its territorial losses, the Islamic State has reshaped its narrative so that such leadership losses fit into the larger scheme of the group’s apocalyptic vision.