You are here: Home / West Asia / Tajikistan intends to set up center to combat cyber terrorism 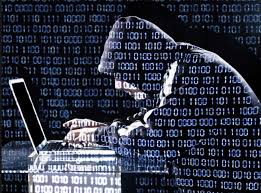 An article by Tajik Prosecutor-General Yusuf Ahmadzod that was published in the government-run newspaper Jumhuriyat on March 3 notes that the country’s law enforcement authorities are considering the issue of setting up the center to combat cyber terrorism and crimes involving a computer and a network.

Tajik chief prosecutor justifies the necessity of setting up such a center by saying that it is necessary to establish counteraction to the use of the Internet for terrorist and extremist purposes.

According to him, the Prosecutor-General’s Office, the Interior Ministry, the State Committee for National Security, and other government bodies are jointly working on the issue of establishment of the center to combat cyber terrorism.

Tajik chief prosecutor further added that the Prosecutor-General’s Office jointly with other country’s law enforcement agencies was currently working out a draft law on strengthening of the fight against terrorism and extremism.

The draft law, in particular, provides for toughening of responsibility for extremism- and terrorism-related crimes, Tajik chief prosecutor noted.

Cyber terrorism is the act of Internet terrorism in terrorist activities, including acts of deliberate, large-scale disruption of computer networks, especially of personal computers attached to the Internet, by the means of tools such as computer viruses.