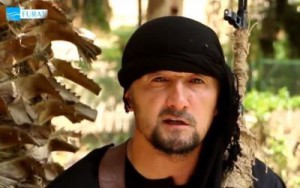 Abdulloh Muhaqqiq, a Tajik expert on religion and security issues, considers that Tajik OMON (special police unit) commander Colonel Gulmurod Halimov, who is fighting alongside Islamic State of Iraq and the Levant (ISIL) in Syria, was probably under influence of Salafists.

“It is clear that the key factor for Tajik youth traveling to Iraq and Syria to fight alongside ISIL militants is propagation of Salafi ideas in the country,” said Muhaqqiq.  “Over the past fifteen years, Salafists have brainwashed dozens of people working in the country’s law enforcement authorities and government bodies.  As a matter of fact, they have undermined the authority of the government.  Unfortunately, we do not know how many officials became Salafists.  We do not know how many lawyers, journalists, mullahs and imam-khatibs are propagating Salafi ideas among the population.”

The expert further added that true Muslim would never join ISIL militants.  “We see what they do.  They kill innocent people, children, women and elderly people.  They rape and pillage.  This is not Islam,” the expert said.

According to him, Salafists operate on orders from their sponsors, first of all Israel and the United States.  “Mrs. Hillary Clinton recently admitted that the United States created ISIL,” Muhaqqiq said, noting that the majority of Salafi supporters in Tajikistan are graduates from religious schools in countries like Saudi Arabia, Egypt, Pakistan, etc.

We will recall that The Tajik authorities banned Salafism as an illegal group on January 8, 2009, saying the Salafi movement represents a potential threat to national security and the Supreme Court added Salafists to its list of religious groups prohibited from operating in the country.

The movement claims to follow a strict and pure form of Islam, but Tajik clerics say the Salafists’ radical stance is similar to that of the Taliban in Afghanistan.

Salafists do not recognize other branches of Islam, such as Shi’a and Sufism.  The movement is frequently referred to as Wahhabism, although Salafists reject this as derogatory.

The overwhelming majority of Tajiks are followers of Hanafia, a more liberal branch of Sunni Islam.

On December 8, 2014, the Supreme Court of Tajikistan formally labeled the banned Salafi group as an extremist organization.  The ruling reportedly followed a request submitted to the court by the Prosecutor-General’s Office.  The ruling means that the group’s website and printed materials are also banned.