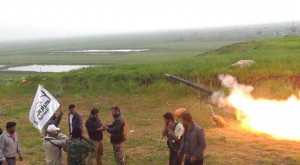 The Syrian Islamist movement of Ahrar al-Sham on Tuesday issued a religious verdict justifying cooperation with the Turkish army against ISIS and the Kurdish forces in Syria, confirming it’s participation in the Turkey-led Jarabulus operation.

“It is permissible to cooperate with Turkey to fight the Islamic State, and there is a need for an Islamist group to rule there to prevent groups like YPG [Kurdish forces] from taking over,” the fatwa read.

“So Ahrar al-Sham and other factions can go ahead and cooperate with Turkey,” it added.

The Islamic Movement of Ahrar al-Sham has tried earlier to hide its participation in the Turkish-backed Jarabulus offensive launched on 24 August. This is the first time the group publically announces support for the operation.

The Obama administration has shown no interest in working with the group Ahrar al-Sham in the anti-ISIS campaign, for its ideological background, and its links and cooperation with other jihadist groups such as Al Qaida’s Nusra Front.

Tuesday’s announcement by the Ahrar al-Sham group could lead to further escalation of fighting between the Kurdish forces and pro-Turkey rebel groups in Syria. The Ahrar al-Sham was responsible for frequent attacks on Kurdish districts in Aleppo, that claimed lives of hundreds of Kurdish civilians.