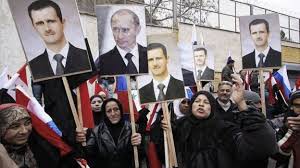 Syria’s al-Qaida affiliate has released an audio message purportedly from its leader, describing Russian military intervention as a “new Crusader campaign” aiming to save the rule of President Bashar Assad.

Al-Golani also called on Muslims in the former Soviet Union to attack Russian civilians if Russians target civilians in Syria.

Russia insists it is mainly targeting the Islamic State group and other “terrorists,” but the multi-pronged ground-and-air offensive is being waged in areas controlled by mainstream rebels as well as the Nusra Front.