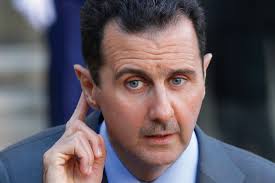 The head of Syria’s Al-Qaida affiliate has issued bounties worth millions of dollars for the killing of Hizbullah chief Sayyed Hassan Nasrallah and Syrian President Bashar Assad.

In a voice recording released late Monday, head of Al-Nusra Front Abu Mohamed al-Jolani said he would pay “three million euros ($3.4 million) for anyone who can kill Bashar Assad and end his story”.

“How long must Muslims delay their rights and shed their blood for a man who loves his power?” he asked.

The jihadist chief said he would pay out the sum even if a member of Assad’s own family killed the head of state, and said Al-Nusra would protect the killer and his family.

Jolani also offered “an amount of two million euros ($2.2 million) for whoever kills Hassan Nasrallah, even if it is a member of his own family or sect.”

Hizbulla has intervened militarily in Syria’s brutal conflict on behalf of Assad, dispatching thousands of fighters to various fronts across the country.

Jolani criticized efforts to reach a political solution to the four-year war, which has killed more than 240,000 people.

“The issue is transforming from the downfall of an infidel, corrupt, and unjust regime… to being limited to the mazes of a political solution,” he said.

Syria’s conflict began with anti-government demonstrations in March 2011 but has since devolved into a protracted multi-front civil war.