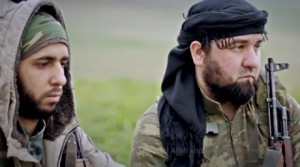 Syrian rebels opened a secret camp in the country for the formermilitants of theIslamic state and their families, where they will be rehabilitated and will change the way of thinking.

About 300 defectorsand captured fighters of IS, including a large number of Europeans are currently in the camp managed by the rebel group “Jaish al-Tahrir.”

The camp is located in a village in northern Syria, and in it there are men, women and children.

“We are trying to rehabilitate and change their way of thinking. For those who wish to return to their homes we will enable them to get in touch with embassies and communicate with them through us”, commander of the group, Mohammad al-Ghabi said.

The camp has French, Dutch and Polish citizens, as well as foreign fighters from North Africa, the Middle East and Central Asia.

According to Al-Ghabi, defectors said that IS slowly breaks in the last seven or eight months.