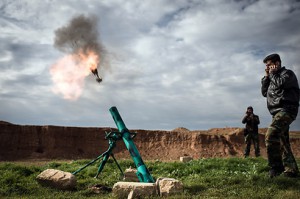 Syrian opposition fighters have attacked a major southern military base near the Jordanian border, Reuters reports.

“It is very important because it is the second biggest base the regime has [in the south],” Saber Safar, a former Syrian army colonel who defected and leads the “First Army” insurgent alliance, told Reuters via Skype.

The attack is an attempt to increase pressure on Syrian President Bashar al-Assad.

Assad’s forces have been heavily engaged in battle with both rebels and Daesh militants in various parts of the country.

On Monday, at least 49 people, including six children, were killed in airstrikes conducted by the Syrian government on a town in Idlib province.

As of mid-April, the death toll in Syria surpassed 230,000,  including almost 11,500 children, following five years of civil war.