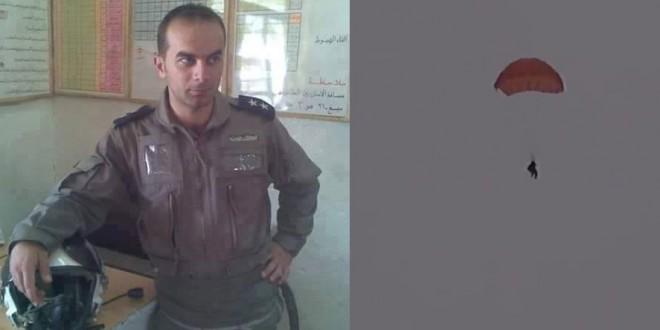 #Syrian pilot Hassan Mahmoud jumped out of his warplane, was surrounded by #ISIS militants. He shot himself dead

A Syrian pilot chose to avoid what may have been a fiery fate at the hands of the Islamic State group, a Syrian news source claimed on Tuesday, shooting himself after his aircraft suffered a technical failure over enemy territory.

According to Syria’s Shaam Times, the incident, which allegedly took place last week, involved a pilot named Hassan Mohamed Mahmoud, 29, who had began his sortie in a base in As-Suwayda, just north of the Jordanian border.

Mahmoud reportedly ejected from his aircraft over Tel Shehab, a town in the Daraa governorate, which is in control of the Islamic State group. Shortly after, Mahmoud committed suicide.

The pilot’s drastic decision is widely considered to have been an attempt to elude the fate that befell Muath al-Kaseasbeh, the Jordanian pilot who was burned alive by the ultra-violent jihadist group. Kaseasbeh, whose F-16 had crashed in Syria in December of last year, was captured and featured in one of the Islamic State’s propaganda videos, where he was shown in a cage prior to being immolated.

The Sunni radicals explained their choice in execution by claiming that “Muath al-Kaseasbeh deserved the punishment as he himself had burnt many civilians alive.”