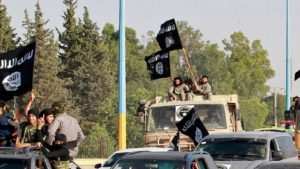 The Islamic State (ISIS) carried out a large attack against the Syrian Armed Forces near the Raqqa-Homs administrative border this week, like reported by syrianobserver.com.

According to reports from the front, a group of ISIS terrorists ambushed the Syrian army and National Defense Forces near the historical ruins of al-Rusafa, resulting in heavy casualties in the ranks of the latter.

The reports said the Syrian Arab Army quickly moved in reinforcements to the area after the ISIS attack.

ISIS continues to wreak havoc against the Syrian Arab Army in the vast desert region that stretches across the governorates of Raqqa, Homs, Deir ez-Zor, and Suweida.

These attacks by the Islamic State have prompted the Syrian military to increase their presence in the Badiya al-Sham region of Syria, which is where the terrorist group mostly carries out their attacks.

Since the Islamic State lost its de-facto capitals in northern and eastern Syria, the terrorist group has resorted to ambushes inside the country’s desert region, where they can quickly disappear after carrying out attacks.