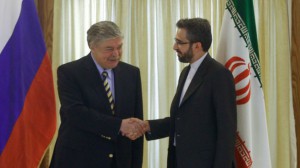 Some 5,000 Saudi nationals are part of the IS, he said, adding: “When the active phase of confrontation ends there, where will they go? They will come back [home]. What can they do? They can only kill people,” he said.

The return of IS gunmen is also a problem for Russia, the official said. “They are already coming back,” he said, adding that the gunmen turn to Russia’s diplomatic missions pretending to be tourists who have lost their passports.

“There is no country that would be immune from terrorist actions,” Lukyanov stressed.

The IS differs from other groups as it does not just carry out terrorist acts, but it seizes territory and creates power bodies, courts and imposes a set of Sharia laws. “They create a state,” he said.

The Islamic State has stepped up its activity and is now the center of international terrorism. The group was created as a result of a merger of several radical Sunni groups led by an Al Qaeda branch in Iraq.