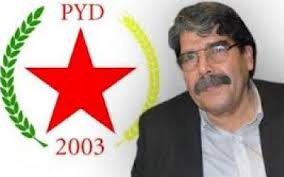 The Syrian Kurdish Democratic Union (PYD) plans to open a mission in Russia, a move that would anger Turkey which sees the party as a terrorist group, Russia’s Kommersant newspaper reported on Tuesday.

Leaders of the Kurdish group will hold consultations with the Russian foreign ministry in Moscow on Wednesday, Kommersant said, including talks about further steps toward the opening of a Russian office.

The purpose of the mission is to strengthen cooperation with Moscow in fighting Islamic State, the newspaper said.

Turkey suspects Russia, which launched air strikes in Syria three weeks ago, has been lending support to the PYD and its armed wing YPG.

Ankara has warned Moscow it would not tolerate Kurdish territorial gains close to its frontiers in north-western Syria.

Kommersant quoted a Turkish diplomatic source as saying the opening of a mission by the PYD would provoke a harsh reaction from Ankara, with which Moscow already has strained relations over Syria.